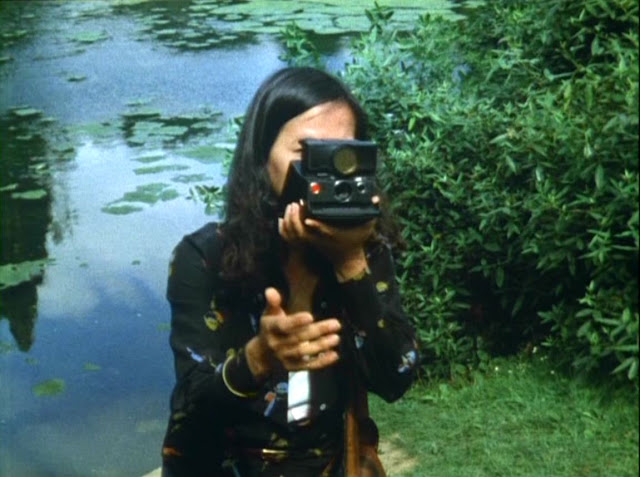 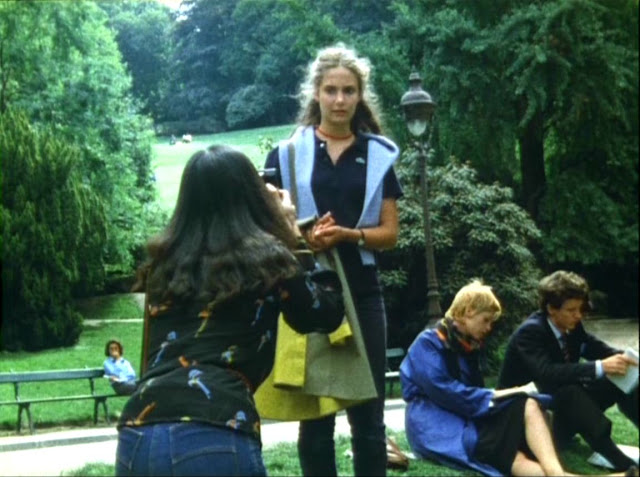 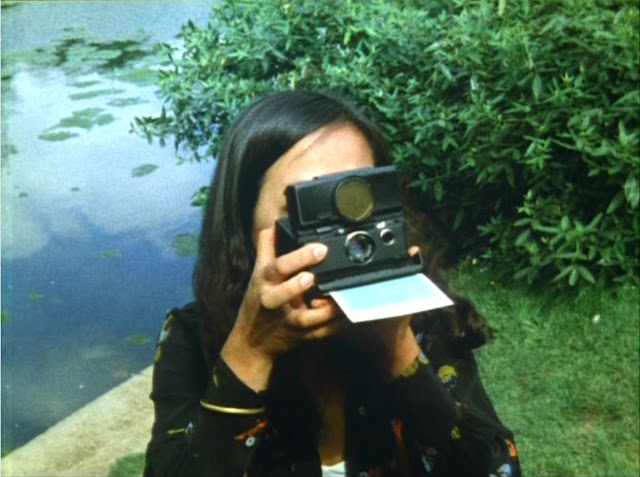 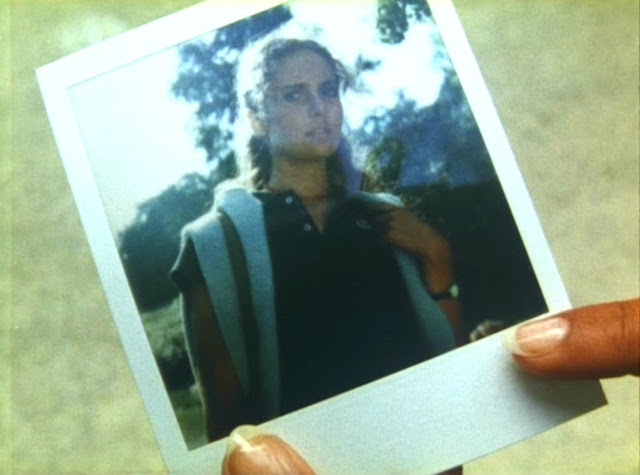 ''
''La Femme de l'aviateur is for my purposes now a 'polaroid movie'. The film moves through Paris with its main protagonist François in pursuit of the 'aviateur' whom François has seen with his fiancée, Anne. As it does so, we watch François engage with many objects now either dead or dying. He calls Anne at her office from a phone box, writes to her and another girl on postcards  while Anne, in her work place, is surrounded by dead technology: a typewriter lies on one desk,  an antiquated phone on another. Dead object-wise, however, the polaroid takes centre stage. A lengthy sequence mid-way through the film shows a girl - whom François has met while following the pilot - manipulating two tourists into taking a polaroid of her with the pilot and his 'wife' in the background. Her ruse fails; however, this sequence wonderfully demonstrates the experience of taking polaroid photos: the suspense of waiting for the colours to come through, the subsequent satisfaction or disappointment, and the novelty of being able to see, as well as to hold, your photograph almost immediately. The presumed dead polaroid we are told, will be soon revived. Let's hope so, because, as La Femme de l'aviateur demonstrates, the polaroid never lost its charm.'
Karolina Kendall-Bush, for the Autopsies Group's 'Rohmer Memorial Project'
Posted by roroldam at 09:24

Email ThisBlogThis!Share to TwitterShare to FacebookShare to Pinterest
Labels: Polaroid